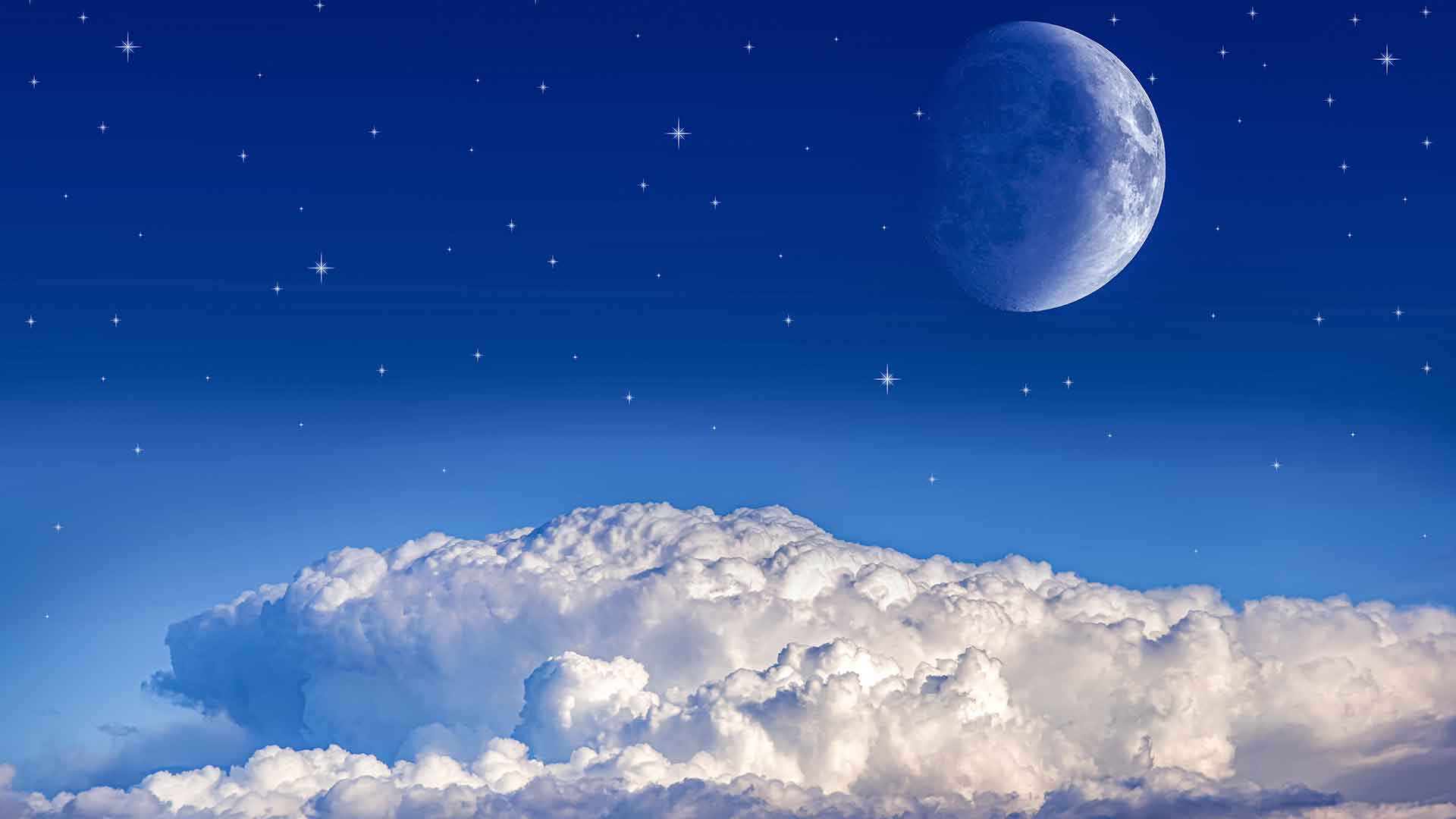 The Prophet (Peace Be Upon Him) had ten particularly lucky companions who achieved the good news of Paradise in this earthly life by their extraordinary acts and boundless sacrifices. It’s our duty as Muslims to know about them and how they lived their lives.

Keep reading to know more about these fortunate 10 companions and their stories!

The Titles of the Companions Who Were Promised Paradise

Although the Prophet (PBUH) conveyed the glad tidings of Paradise to several of his Companions at different times, he presented them to these ten persons at the same gathering. Here’s a list of their names:

So, who are the ten Sahaba?

We use this term to refer to the ten people who were promised paradise (Ashara Mubasharin) by Allah SWT. they were a dedicated group of people who trusted, believed in, followed, and protected Prophet Muhammad and his teachings even after his death.

Stories of The Companions Who Promised Paradise

Let’s know more about the stories of the Companions who promised Paradise:

Abdullah ibn Abi Kuhafa is the full name of Abu Bakr (RA). Abu Bakr is essentially his nickname. He was also referred to as ‘Siddiq.’ He was the first of the ten to die in the bulletin.

Everyone else was hesitant to adopt Islam, but Abu Bakr (RA) accepted it without hesitation. Abu Bakr (RA) was the Prophet’s (PBUH) best friend and the first caliph of Islam. He was the first adult man to embrace Islam.

Furthermore, Abu Bakr (RA) believed in Miraj (when Prophet Muhammad (PBUH) ascended to heavens) as soon as he heard about it, and the Prophet (PBUH) bestowed the title of ‘Siddiq’ on him.

Abu Bakr (RA) fought in multiple wars throughout the Prophet’s (PBUH) lifetime. He also gave his entire fortune to the battle of Tabuk. Due to his multiple sacrifices, Allah SWT granted him Jannah.

Faruq was another name for Umar (RA). He embraced Islam at the age of 39 in 617 AD. To avoid secrecy after converting to Islam, he officially joined the Muslims and appeared on the Kaaba grounds.

Muslims were no longer barred from publicly worshiping in front of the Kaaba after Umar converted to Islam as he was a strong feared man. In religious things, he was quite rigid.

On that day, the Prophet (PBUH) bestowed upon him the appellation of ‘Faruq’ (distinguishing between truth and falsehood). Because of his commitment to justice, he was bestowed with this distinction. Umar (RA) was such a fearsome character that even Satan feared him.

Dhu-Nurain was the name given to Uthman (R) (possessor of two lights). The reason behind this title is how he married Ruqiyyahh and Umm Kalthum, the two daughters of the Prophet Muhammad (PBUH).

He was Islam’s third caliph. He was one of the six Companions with whom the Prophet (PBUH) was never dissatisfied. Uthman (RA) sacrificed the most in several jihads. He restored and expanded Masjid Al-Nawabi.

Ali (RA) also went by the names Abul Hasan, Abu Turab, and Asadullah. He got the last nickname When he captured Khyber’s fortified “Kamus Fort.” Then, the Prophet (PBUH) bestowed the title “Asadullah” on him (Lion of Allah)

He was the Prophet’s cousin (PBUH). Ali (RA) was the first of the young men to convert to Islam. He was an unflinching fighter. For his bravery at the Battle of Badr, the Prophet (PBUH) bestowed upon him the sword ‘Zulfiqar’’

Ali (RA) was Islam’s fourth Caliph. In terms of judgment, Ali (RA) was the most seasoned of the Companions. The Prophet also referred to him as the “gateway of knowledge.”

In 594 AD, Talha Bin Ubaidillah (RA) was born in Makkah. He was the Prophet’s close friend (PBUH). He is well known for his participation in the Battles of Uhud and Jamal. Regrettably, he was killed in the battle of Jamal.

Zubair ibn al-Awwam (RA) had the title of the Messenger’s ‘Hawari.’ He was one among the earliest Muslims to convert. He was also blessed with the attributes of generosity, loyalty, kindness, and so on.

Zubair (RA) was a courageous man. In the Battle of Badr, he exhibited incredible bravery. The name ‘Zubair’ was a terrible fear to the adversary. He has broken the enemy’s fortifications in every fight in which he has taken part.

His given name was ‘Abdul Amr’ or ‘Abdul Kaaba.’ The Prophet (PBUH) called him Abdul ar-Rahman when he embraced Islam. Abdul ar-Rahman (RA) was one of the first six Muslims to convert.

The Muslim society has been spared several major disasters because of the foresight of Abdul ar-Rahman (RA). The battle has been won. Despite being a highly rich businessman, he was uninterested in worldly life. He used to lavish money on the people of Medinah.

Abu Ishaq is Sa’d Ibn Abi Waqqas’ (RA) nickname. He is the 17th individual in history to convert to Islam. He had the good fortune to call to prayer three times in the absence of Bilal (RA). He is the first fortunate person to shoot an arrow in the direction of Allah.

He is primarily remembered for spearheading and controlling the Persian invasion of 636 AD. He was dispatched to China on a diplomatic trip in 616 and 651 AD.

Sa’d (RA) fought with unfathomable bravery at the Battle of Badr. Despite the horrors of the battle of Uhud, Sa’d (RA) was one of the troops who devised a strategy to defend the Prophet (PBUH). He is also known for the Battle of Uhud’s Tiger.

Saeed ibn Zayd (RA) was one of the earliest Muslims to convert. He was only twenty at the time. He was a ‘Hanif’ even before converting to Islam. Hanif means people who were not practicing paganism at the time.

Saeed Ibn Zayd (RA) was a valiant fighter. He was a ‘Mustajab ud-Daawah,’ which meant that if he prayed and made Dua, Allah Almighty would undoubtedly accept it.

Abu Ubaida ibn al-Jarrah (RA) is known as ‘Amin Al-Ummah,’ or the Ummah’s caretaker. He was born in the Quraish clan of Banu al-Haris ibn Fihr in Makkah about 581 AD. Among the disciples, he was held in great regard. He died of the plague during Umar’s caliphate.

Why Were the Ten Companions Preached of Paradise?

The ten companions were preached of paradise because they lived a life that pleased Allah SWT. they all became Muslims in the Islam early stages, they served Allah and His prophet, they migrated with Prophet Muhammad (PBUH), and they went on Islamic battles with bravery.

To reward them for their good deeds throughout their lives, Allah SWT ordered the Prophet Muhammad (PBUH) to announce their names as promised of paradise.

The 10 Companions Who Were Promised Paradise Hadith

The version of the hadith that mentions the ten promised companions is collected in the Jami’ at-Tirmidhi goes as follows:

So, was Bilal promised Jannah?

Yes, Bilal was promised Jannah. There are lots of stories about how Prophet Muhammad (PBUH) heard his footsteps already in Jannah. Bilal was a good man who lived a life that pleased Allah SWT and his prophet (PBUH)

Just because his name isn’t included in the same hadith as the names of 10 of the companions promised Jannah doesn’t imply he isn’t one of them. Prophet Muhammad (PBUH) brought good tidings to many people, although not all at once.

Women’s Rights In Islam: Is Islam Strict On Women?

How Does Islam Honor Women? 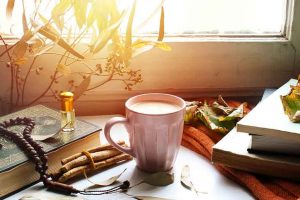 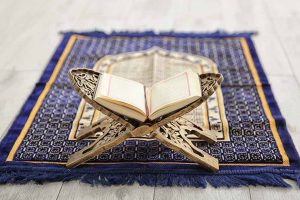 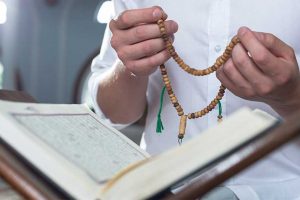